It’s easy to know what’s going around the world. But are you that up to date on what’s going on around your local region? NewsReach has got it covered!

Ahmedabad-based NewsReach is a media company that enables local publications and news outlets to create their digital presence.

Vyomeen Media, the parent company of NewsReach, was started in 2018 by Darshan Shah and Soniya Kundnani, with the mission of providing local news publishers and reporters a digital platform, and connecting them to mainstream media for better visibility and marketability.

Since its launch, NewsReach has created a network of more than 2,000 local news publishers. 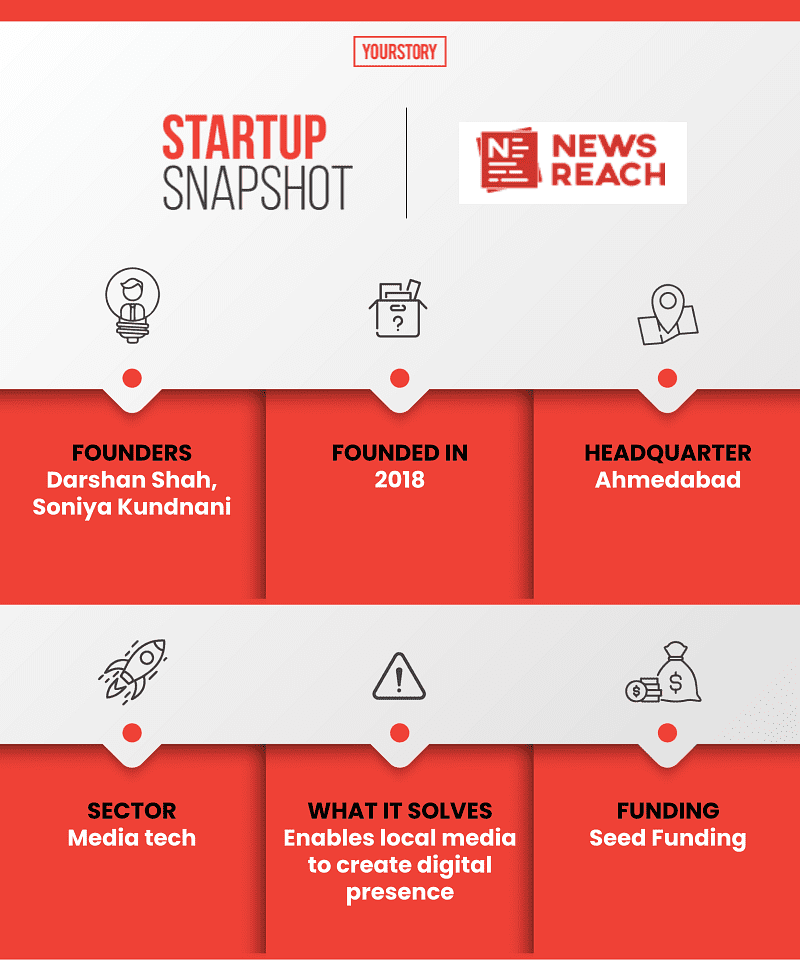 How it started
Both Soniya and Darshan are law graduates. Soniya started her career by working as a legal associate at Thomson Reuters, where she handled direct clients from the digital, adtech and publishing industry. This led to her interest in the media space, and she switched to a digital marketing role at Vertoz, an adtech company.

Darshan developed a keen interest in the digital aspects of law after completing his LLB, pursuing Cyber Law for his PG Diploma. He then started his corporate journey as a corporate law associate, and eventually joined Vertoz. As colleagues, Soniya and Darshan discussed the industry, and figured the need for an ad serving platform that would help advertisers connect uncharted audience from rural areas.

With no platform available to serve the large audience base from rural areas, both Darshan and Soniya quit their jobs and started NewsReach as a news marketplace for original content creators.

“NewsReach helps to digitise and create visibility and marketability for local news publishers (from rural and semi-urban areas), and original content providers in video/text/images to monetise their efforts through the programmatic news marketplace,” says Darshan, Co-Founder and CEO of NewsReach.

“While working in Vertoz, we realised there’s a huge gap in demand and supply in the industry. Advertisers want to reach out to each and every user available online. But on the other side, publishers with huge traffic are mainly from Tier I cities. Through NewsReach, we are connecting publishers from Tier II, III and beyond to the main ecosystem,” he adds.

The founders claim they are creating a news ecosystem of original and hyper-local content by empowering the offline local news publishers and reporters to go online.

“The platform enables numerous journalists to quote fair prices for their story with due recognition, and help media organisations to have a consolidated platform to view and license the news stories without the need of extensive on-roll manpower,” says Darshan.

Business model
Essentially, NewsReach is a SaaS product, for which it charges a subscription fee from local news publishers to start their digitisation.

“We become their in-house tech partner, and help them to focus on the content, which is where they actually excel,” says Darshan. The startup also helps them with digital marketing and ads in the digital world. 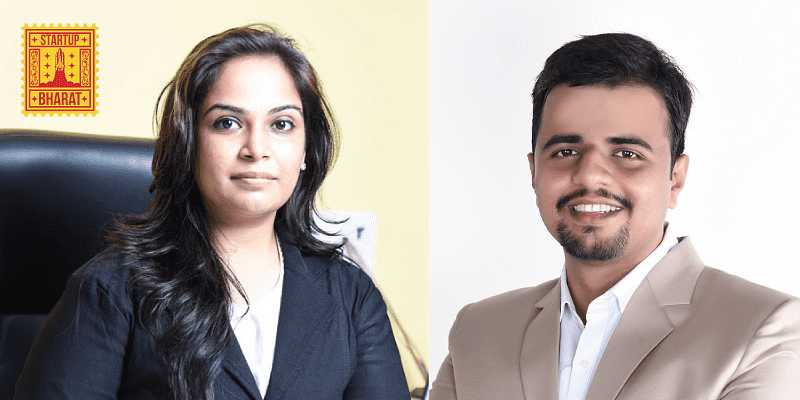 Funding and future plans
The startup raised Pre-Seed funding in 2019 from Hiren Shah and Ashish Shah, the founders of Vertoz Advertising Ltd.

NewsReach founders say that it has also caught the attention of Justice (Retd.) Markandey Katju, former Chairman of Press Council of India and former judge of the Supreme Court of India. He is serving as the honorary advisory board member to the startup.

The startup also has experienced professionals in its core team like Tryambak Chatterjee, a news industry expert, and Aditya Manubarwala, a Supreme Court advocate. In the next year or so, the startup plans to reach 100 million page views this year from its current 20 million.