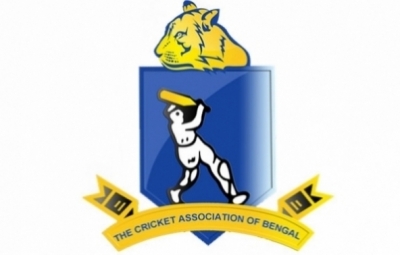 Kolkata, May 29 (IANS) The Cricket Association of Bengal (CAB) medical committee on Friday advised no use of saliva and sweat on the ball as part of its detailed guidelines in their bid to resume training in small groups for local cricketers amid the COVID-19 pandemic.

The International Cricket Council’s (ICC) Cricket Committee has recommended a ban on saliva as a part of health safety protocols.

“Protocols and precautions to be adopted for training were discussed in details. The ICC guidelines were referred to. It was decided that a manual stating do’s and dont’s would be prepared for easier understanding at the earliest,” CAB said in a statement.

“Restriction of using saliva as well as sweat on the balls for the time being during practice,” was one of the points among some of the steps suggested.

“Training should initially resume for small groups so that social distancing norms could be met,” another point read. A 10-point draft was prepared by the medical committee which met via video conference.

“We had a very fruitful meeting and we would soon follow up with the decisions taken. In the meantime, it may be stated that resumption of office or any of the activities would be in compliance with guidelines on health, social distancing and hygiene to ensure safety of all stakeholders. Efforts would be made to ensure they are conducted safely so that it does not risk increase of transmission of the virus,” said CAB President Avishek Dalmiya.

The CAB would also have an isolation room reserved for emergency situation in case anyone practicing develops symptoms.

“While the association intends to reopen its office shortly, decision on resumption of training would be taken in due course of time,” the statement further said.