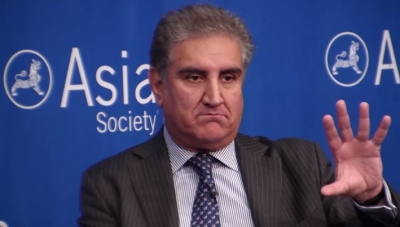 Moscow/New Delhi, Aug 14 (IANS) Days after backing India’s Kashmir move, Russia on Wednesday conveyed to Pakistan that there was no alternative to resolve differences with India “bilaterally through political and diplomatic means”.

“The situation in South Asia was discussed amid the worsening relations between Pakistan and India after the decision made by New Delhi to change the legal status of the state of Jammu and Kashmir,” the Russian Foreign Ministry said in a statement.

“The Russian side emphasised the need for de-escalation of tension, and that there is no alternative to resolve differences between Pakistan and India, except bilaterally through political and diplomatic means. Representatives of Russia to the UN adhere to this consistent position,” the statement said.

On August 10, the Russian Foreign Affairs Ministry said, in response to a question, the “change in the status of the state of J&K and its division into two Union Territories are carried out within the framework of the Constitution of the Republic of India”.

Moscow also hoped the two sides would “not allow a new aggravation of the situation in the region as a result of the decision”. Russia was a consistent supporter of normalisation of relations between India and Pakistan, it said.

“We hope the differences between them will be resolved by political and diplomatic means on a bilateral basis in accordance with the provisions of the Simla Agreement of 1972 and the Lahore Declaration of 1999,” the foreign office said.

Pakistan has been calling up foreign leaders to back its censure of India over New Delhi’s revocation of special status to J&K on August 5.

Russia and Pakistan have lately come closer, through the holding of joint military exercises and defence cooperation.

WWE Universe gets a Bollywood punch

Modi, Trump at Houston will be all about quid pro quo...