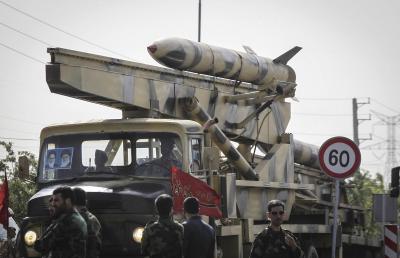 “Patrols by the IRGC’s Navy vessels have been underway in the Persian Gulf based on current procedures and missions assigned to them with vigilance, precision and strength,” the state-run Press TV quoted the Public Relations Department of the IRGC Navy’s Fifth Naval Zone as saying in a statement.

“In the past 24 hours, there has been no encounter with foreign ships, including British ones,” it added.

The statement further noted that the IRGC Navy’s fifth zone has the power to act “decisively and swiftly” and seize foreign vessels in the area it is tasked with patrolling if an order is issued to that effect.

The IRGC’s remark came after the UK and US media reports said that the UK vessel named The British Heritage, was leaving the Persian Gulf when Iranian boats tried to prevent it from sailing through the Strait of Hormuz, forcing the frigate HMS Montrose to intervene, Efe news reported.

In response to the incident, a spokesperson from the UK’s Defence Ministry said: “Contrary to international law, three Iranian vessels attempted to impede the passage of a commercial vessel, British Heritage, through the Strait of Hormuz.

“We are concerned by this action and continue to urge the Iranian authorities to de-escalate the situation in the region.”

Those who make such claims attempt to “cover up their weak point”, he added. “Apparently the British tanker has passed. What they have said themselves and the claims that have been made are for creating tension and these claims have no value.”

This new incident comes amid heightened tensions between Washington and Tehran following reports of similar cases in recent weeks.

On June 20, Iran shot down a US Navy drone when, according to Tehran, it violated its airspace while conducting surveillance tasks.

However, the Pentagon claimed the aircraft was conducting a reconnaissance mission over international waters.

Iranian President Hassan Rouhani said on Wednesday that the UK had created insecurity in the seas after holding up an Iranian tanker in the Strait of Gibraltar and warned of consequences.

“You are an initiator of insecurity and you will understand its repercussions,” he said.

Last week, Iranian tanker Grace 1 was intercepted by the British Royal Navy in the Strait of Gibraltar after the US requested it due to its alleged violation of European Union (EU) sanctions.

Gibraltar officials believe the ship was carrying oil to Syria’s Banyas refinery, owned by an entity subject to EU sanctions.

Iran has denied that the tanker was bound for Syria.

Trump warns Kim of losing everything if he takes hostile action