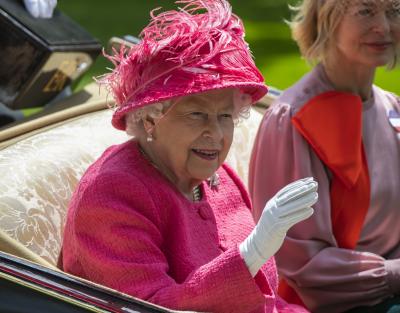 Canberra, May 29 (IANS) An Australian court on Friday ruled in favour of historian Jenny Hocking and allowed her access to letters between Queen Elizabeth II and her representative in the country during the dismissal of former Prime Minister Gough Whitlam in 1975 following a political crisis.

The release of the 211 “Palace Papers” exchanged between the Queen and then Governor-General John Kerr are expected to shed light on how much the monarch knew about the biggest constitutional crisis in Australia’s history, reports Efe news.

The letters were set to be released from the National Archives 12 years ago, but as they were marked “private and confidential” correspondence and not Commonwealth records, they were not subject to rules governing official documents.

Hocking told the High Court that correspondence between the Queen and the Governor-General was Commonwealth property.

In its verdict, the court on Friday agreed with Hocking, saying that, “a person who sends a communication to a public officer, relative to the public business, cannot make his communication private and confidential simply by labeling it as such. The law determines its character, not the will of the sender”.

The letters, and attached telegrams and newspaper clippings, from the period between Aug. 15, 1974 to December 5, 1977, were submitted to the National Archives in 1978 when Kerr left office.

The country’s biggest constitutional crisis began on November 11, 1975 when the Queen’s representative dismissed Whitlam as Prime Minister, arguing that he did not resign or call elections after failing to gain enough parliamentary support to pass budget laws.

After the removal of Whitlam, the only leader to be sacked in Australia, Kerr appointed opposition leader Malcolm Fraser as Prime Minister. He later won that year’s elections.

On the day of his sacking, Whitlam was reportedly going to inform parliament of the secret presence of the US’ CIA in Australia when he was dismissed by Kerr who had longstanding ties with Anglo-American Intelligence, according to journalist John Pilger who investigated the incidents.

According to Pilger’s book “A Secret Country”, a day before his dismissal, Whitlam was shown a message from Theodore Shakley, the CIA chief in Southeast Asia, in which he said that the Labor leader was a risk to the security of his country.