Chandan Roy Sanyal: Challenging for me to be stuck to wheelchair in 'Kaali 2' 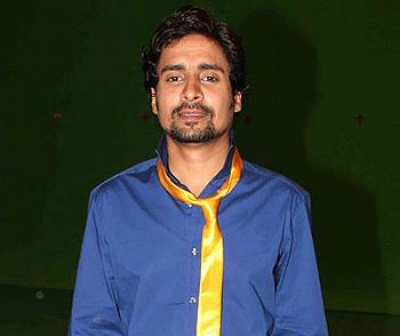 Mumbai, May 27 (IANS) Actor Chandan Roy Sanyal says the most challenging part for him in the web series “Kaali 2” was to remain wheelchair-bound for the role, because as an actor he finds it annoying to be in just one place and not move about in the frame.

Chandan is playing an underworld don named Swapan in “Kaali” season 2. In the series, his character suffers paralysis and is on a wheelchair throughout.

Chandan had to shoot all his scenes sitting on the chair, which surely made it difficult for the actor.

“The most challenging part for me was to be stuck to the wheelchair. As an actor, it is annoying to be just at one place and not move in the frame much and you have to do everything with your speech because once you realise that your hands or legs won’t move much that’s when you feel that how will I get my act right because I am already losing a lot of my limbs in the scene while performing so that was a huge challenge,” he said.

Raftaar: I would get dejected in love quite easily

Rolling Stones warn Trump not to use their songs

Erica Fernandes opens up on her 3-year-long relationship

Kaushik Sen: Artistes must have guts to say 'no' to power structure

Jacqueline to Sanjana Sanghi: 'You had an amazing first co-star' in Sushant

Kaushik Sen: Artistes must have guts to say 'no' to power structure

Jacqueline to Sanjana Sanghi: 'You had an amazing first co-star' in Sushant

Anushka Sharma: Was clear that I'd back genuine talent

Ali Fazal finds 'weirdest coincidence' between his uncles and 'Mirzapur'

Why India could not become an industrialized country, Maruti chairman said