‘Chinese have taken a huge slice of our land’

Today, our vast green pastures where local herders used to take their cattle to graze have been taken over by the Chinese.’
‘The people in the Galwan Valley have lost their lands where their cattle used to graze.’

Sonam Wangyal, the legendary mountaineer, along with other Central Reserve Police personnel were ambushed at Hot Springs on October 22, 1959 by Chinese soldiers in an incident reminiscent of how Colonel Babu along with soldiers of the Bihar Regiment were ambushed by the People’s Liberation Army in the Galwan Valley on the night of June 15, 2020.

Wangyal feels blessed that he came out of that ambush alive as also that he succeeded in climbing Mount Everest at the age of 23 since he had never dreamt of becoming a mountaineer.

Today, at 79 years, Wangyal regrets how the PLA have encroached on large parts of Ladakh.

You are one of the few Indians who climbed Mount Everest twice on the same day.

I feel to this day no one has understood the extent of my achievement. I was the only one in that nine-member team led by Captain M S Kohli who climbed Everest twice on the same day within a span of two hours.

Looking back at the events on that fateful day of May 22 1965, when I succeeded in climbing that mountain along with Sonam Gyatso, I remember the time we reached the peak which was 12.30 pm and that we spent all of 55 minutes there. I was 23 years of age.

The youngest person to have climbed Everest till then. But standing on the peak l still can remember that I felt no elation. Rather, I felt a sense of great relief.

But on our descent when we reached Hillary Step, Gyatso realized that he had forgotten to take the idol of Lord Ganesh given to him by B N Mullick, the IB (Intelligence Bureau) chief in those days, to be placed on the summit.

I offered to go up again, which I did.

When I reached the top, I scooped some snow and placed the idol under it. I am sure even today if a mountaineer went up, he would be able to find it. 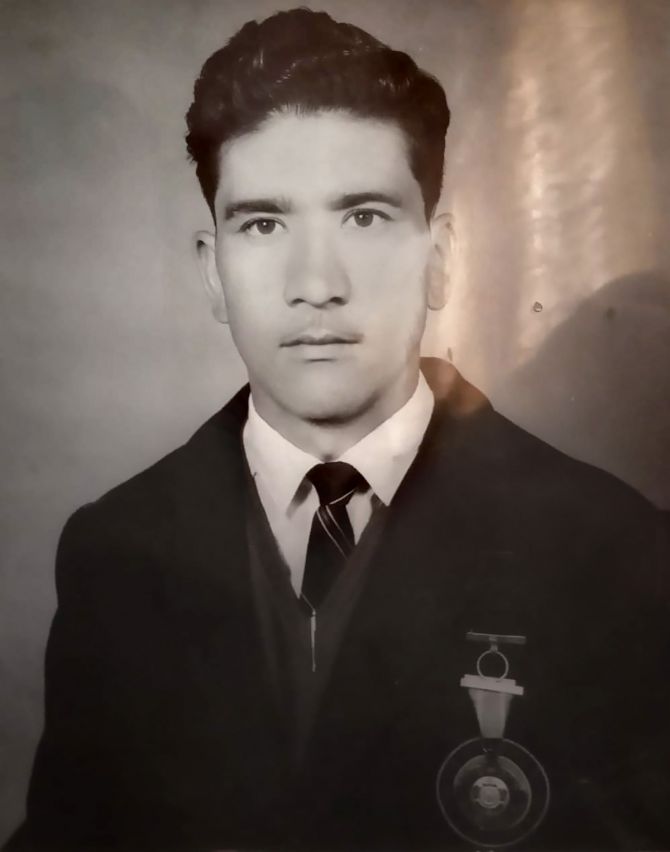 It was a huge achievement.

I must tell you that when I was lying in my sleeping bag at a height of 26,500 feet, I tried to think about the events of the day, but I was so exhausted, all I wanted to do was sleep.

And at that time, Gyatso was ill and needed immediate medical attention. My concern then was for the two of us coming out alive from there.

I grew up in the mountains. I spent my childhood in Ladakh and the Himalayan mountains stood tall around me as I grew up.

Every Sunday, I would take the cattle up to graze. I know the steep mountainous terrain of Ladakh like the back of my hand.

I used to trek along the Galwan Valley, Hot Springs, Demchock and Chushul.

Today, our vast green pastures where local herders used to take their cattle to graze have been taken over by the Chinese.

The people in the Galwan Valley have lost their lands where their cattle used to graze.

Those living along the borders feel threatened. They are in a state of panic.

The Chinese have been taking our land inch by inch, but this time they have taken a huge slice.

This is happening from the north east, Bhutan right up to Ladakh.

At this rate, they will chop off our head, and the next thing we know is that they will have taken our entire stretch of land up to Jammu.

There is a perception that the Chinese have brought some of their Tibetan citizens to the border area so they can interact with the local Ladakhi population.
After all, at one time an active barter trade existed between the Ladakhis and the Tibetan population.

The Chinese want to dominate the world.

The Chinese are masters at betrayal. We are a peace loving, God fearing people, we cannot become Communists.

Pakistan did the same thing with us in Kargil. They sent infiltrators who occupied Tololing Heights, Tiger Hill and Point 4875. But the Indian Army fought and pushed them back.

It needs to do the same with the Chinese.

Look at what they have done with the Tibetan people in Tibet.

They have worked systematically to destroy the Tibetan culture. Tibetans have been persecuted and large numbers of Han Chinese have been resettled in Tibet.

If they have brought Tibetans to the borders in Ladakh to interact with us Ladakhis, these people will be just like the Chinese. They will behave like them.

Rockets hit Iraqi base hosting US troops, no casualties

One terrorist killed in encounter in J&K’s Sopore