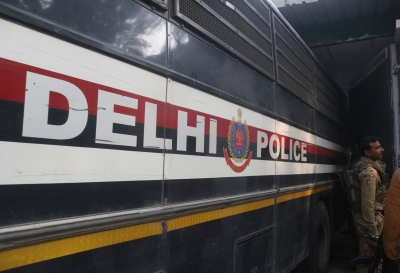 New Delhi, May 15 (IANS) Delhi Police arrested two persons allegedly involved in many cases of kidnapping, murder and arms smuggling. One of the accused is also a life convict and had jumped parole in 2009, the police said on Wednesday.

The accused, identified as Sandeep Ahlawat alias Kokal (36) and Varun alias Nishu (30) were arrested on Monday night after the Special cell of the police received a tip-off about the two reaching at Najafgarh-Dhansa road in west Delhi to meet their associate.

The two accused are said to be close aides of gangster Sandeep alias Dhillu who had escaped custody a year ago, the police said.

“Both the accused are instrumental in Dhillu’s escape and were continuously in touch with him. However, Ahlawat who had also jumped parole in 2009, was changing his location. He was traced in Jaipur,” said Deputy Commissioner of Police, Special Cell, Sanjeev Kumar Yadav.

“We had reliable information that the two were planning to eliminate members of their rival gang,” Yadav added.

Both the accused were also part of a kidnapping gang that had held a youth from Vikaspuri captive in a farmhouse. A ransom of Rs 5 crore was demanded by the kidnappers. However, the Crime Branch got a tip-off about this kidnapping and conducted a raid at the farmhouse during which one of the accused was shot dead by a police team while 10 others were arrested.

Ahlawat was later granted bail by a Delhi court in 2004, but in 2009, he was convicted of life imprisonment in the case but he managed to slip away from the court. After he escaped, Ahlawat kept on changing his hideouts, the officer said.

Taapsee Pannu’s Thappad Rakes Up the thrill Amongst The Audience

AdiGroup, employee consortium to bid for 75% of Jet Airways

Meghan Markle Back To Showbiz As Narrator Of Documentary ‘Elephants’